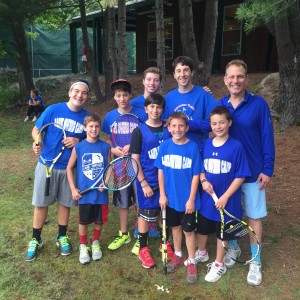 It was another action-packed fun week at Lake Owego.  My top memories of Week II are…The sun really started to shine!!!  Thought we were going to have to start ARK building as an activity and begin gathering two of every animal.  Seriously, the weather has been spectacular over the last week and both the campers and staff have been enjoying it.

We had inter-camp competitions galore this past week.  So impressed with the athleticism and sportsmanship exhibited by our campers.  The U 15, U 13 and U 11 Swim Teams won the Pike County Camp Championships as did the U 11 Soccer team. Everyone at Lake Owego Camp carries themselves with class and are great representatives of LOC on and off the playing fields/courts.

We had Pizza making classes by one of our camper’s fathers, who is a gourmet chef, in our wood-fired outdoor oven.  Campers learned how to make dough from scratch, throw the dough, and got to add their own favorite toppings.  Over 100 individual pizzas were made and consumed.  Mama Mia.

Campers exhibited great skills to be maritime engineers.  Over a three day period, campers constructed a 12 foot, wooden, functional canoe that is now on our waterfront.  It was awesome!!

We have great events programmed for this week plus OLYMPICS broke out last night!  It just does not get any better than being at Lake Owego Camp!!