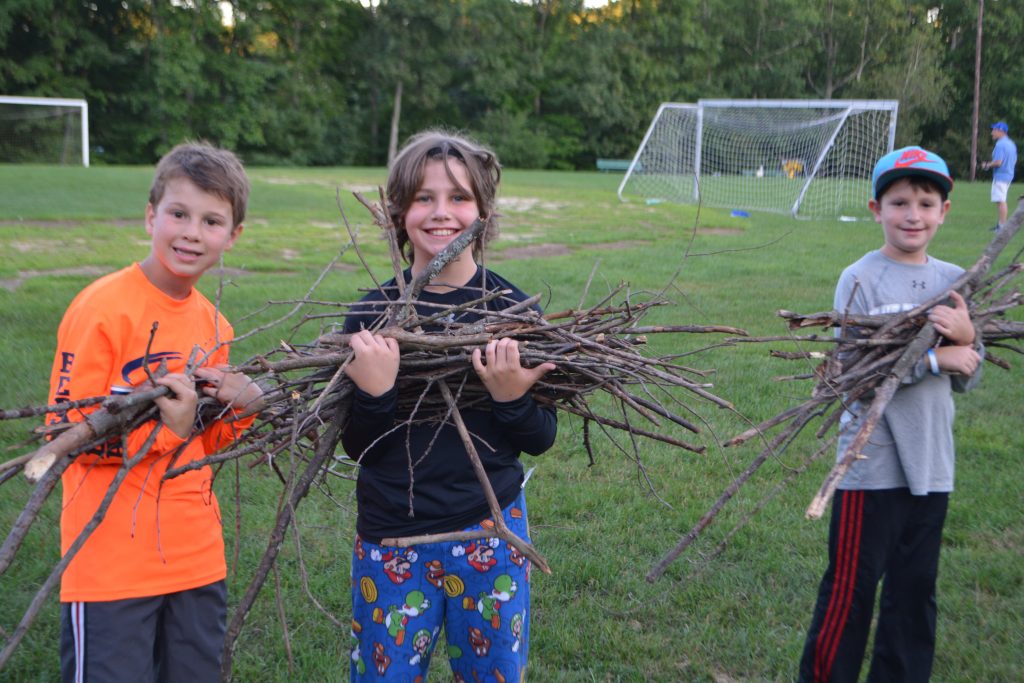 Well Frontier is CRAZY AMAZING! It’s intense, its creative, it’s fun, competitive, stressful, and UNBELIEVABLY INCREDIBLY AWESOME! Most of the events require full team participation and it creates strong bonds throughout the camp, between all campers and staff,  that remain forever. This is what makes Frontier Week unique from any other camp’s Color Days.

After the breakout, the Tribe’s leaders met to create their Tribe name. Red Cree, White Echo, Green Omaha, Orange Tutuni, Yellow Taino, Black Zulu. The colors only depict the Chiefs shirts, the Tribes are referred to by name, not by color, that is why you won’t see the teams dressed in the colors. Though some choose to wear the same color as their Chief because, the Chief is pretty…cool 🙂

Day one began with a full Tribe event, Owego Raid. After, they all headed to their appointed campsites, all in different areas throughout the woods behind our lake. Kyle’s Cove, Henry’s Hideout, Senior Campsite, Junior Campsite… to begin Campsite prep, collect wood and create stretchers to carry the wood to Jacoby Field for Rope Burn. After Banner begins. Each team is given the same supplies and they must create a banner that represents their Tribe in LESS THAN 2 HOURS! During this time they write a speech that the team leaders will give when presenting the Banner. The Day ends with the HOTTEST event, Rope Burn! BURN THAT ROPE is heard throughout Greeley and you can see the smoke all the way from Camp Timber Tops.

Frontier Competition kicks off Day two. This is individual events at the lake, climbing, archery, riflery and others that are added together for one score. The Head Coaches Challenge is part of this score and they were woken up at 4:30 for a fishing competition. Special Event, another full Tribe battle, takes up the afternoon. They compete in different relay and group events to earn points to then wager in a game of Jeopardy. The evening brings us to Big Game Counselor events. wing eating, arm wrestling, mini rope burn, fastest man and spelling bee. Hilarious and fun to see your Counselors compete.

Two more days to go and we hope it never ends!

This entry was posted in Uncategorized. Bookmark the permalink.