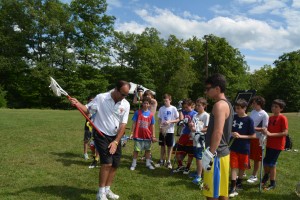 Today was another great day on Jacoby field! We were proud to welcome (back) Lake Owego alum, Louis Dubick and his father Mark as they treated us to an amazing Lacrosse clinic. 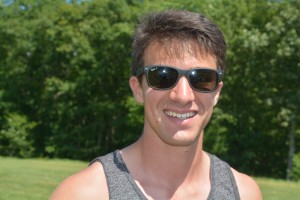 Louis, who is entering his senior year of high school in Bethesda, MD, has already been recruited to play for University of Maryland’s Lacrosse Team in 2015. Recently, he played for Israel in the Festival Games of the Lacrosse World Cup in Denver. Israel finished 8th in the world out of 38 teams.
Mark Dubick is the president of the Bethesda Lacrosse Club, which has over 1500 players! 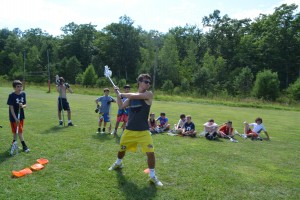 They worked with our boys on throwing, shooting, catching and offensive moves and ended the clinic with a shoot off. Louis and camper, Ross, were the final 2. 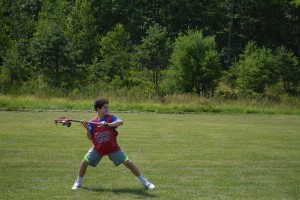 After the clinic was over, Louis could be found reliving his Owego days at Rec swim, playing nock-hockey on the junior gathering deck and joining in at our senior campfire. It was great to have him back!
You can check out highlights of this awesome clinic at vimeo.com/lakeowegocamp 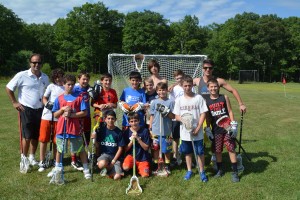