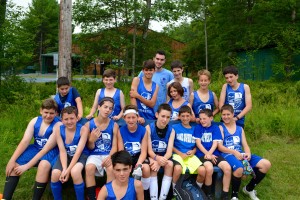 Monday, July 6th was a great day for LOC.   We won the 11u baseball tournament at NJY, followed by our first banner of 2015, the 13u boys soccer team won the Pike County (5 team) round robin by beating Lindenmere 3 – 0 in the final game.

Tuesday, July 7th, LOC played Shohola in 13u hockey losing a tough game 5-2 and then 15u football lost a great game against Shohola 42-30.

Wednesday night, July 8th, our counselors played a tough game against PFC losing 61-56 in basketball – but won 3-1 in a counselor soccer game against Shohola. 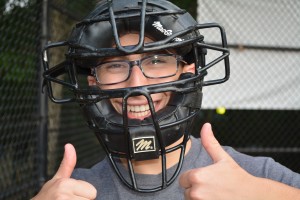 Thursday, July 9th was a super busy day at Lake Owego Camp.   We started by winning the swim meet in the morning against NJY, PFC and Shohola, followed by a strong showing in the climbing competition.   In the afternoon our 11u boys won a convincing 6-1 in soccer against PFC – then beat them in basketball later in the day. Stay in touch for our next edition of Lake Owego Camp Sports.

This entry was posted in Uncategorized. Bookmark the permalink.