We’re Bringing the Best in Tennis to LOC! 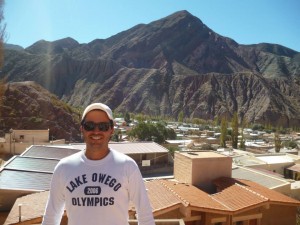 Former LOC tennis counselor, Fernando Damus, will be back (and better than ever!) at Lake Owego Camp this summer. After some time away from Greeley, Fernando is returning to lead our awesome tennis program for summer 2015!

Having been named Argentinian Captain of the National Team under 12, Fernando has accomplished a lot since his last summer at LOC.  His team played the South American Tournament this past April in Venezuela and one of his players is ranked second in Argentina in that age group!

He has directed several tennis programs including the Ace Tennis Academy in Posadas, Argentina and is the owner of Ace Pro Shop.  He coached all 3 players nominated for the annual Argentine sport festival, “Pemios Primera Edicion” and has an active presence in most of the Future tournaments and National Junior tournaments during the year.  He was nominated for the TOYP Awards, which is given to only the most talented young entrepreneurs in the state of Misiones.

We can’t wait to have him back at LOC and are eager to learn from him both on and off the courts this summer! 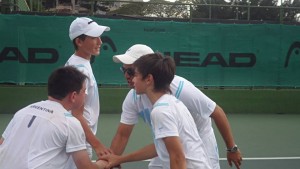