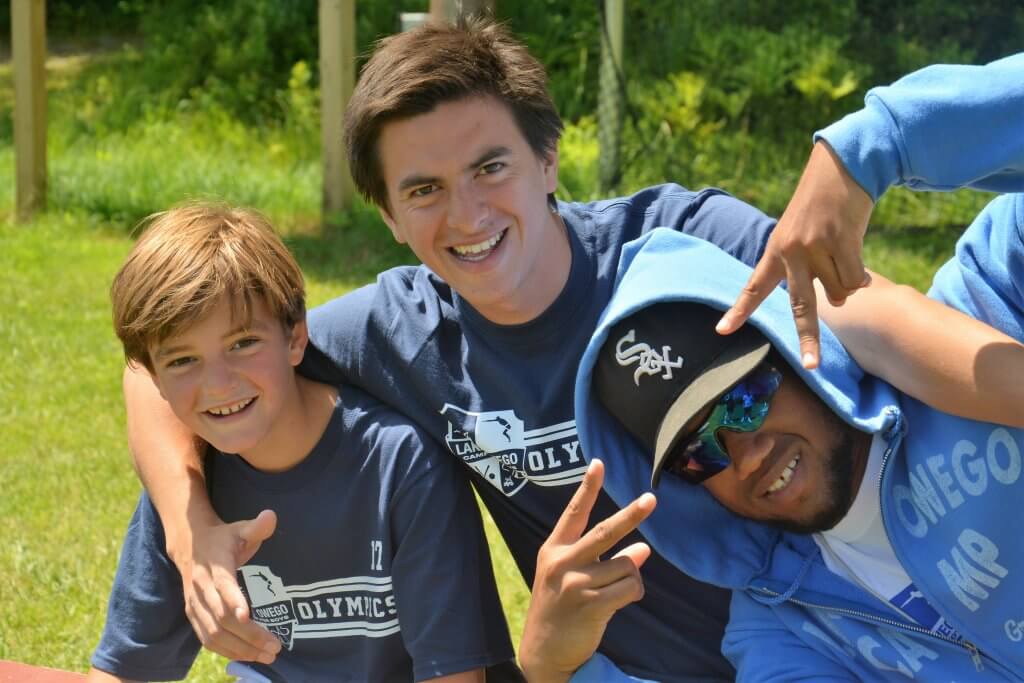 Good Morning from LOC and all around the world as we begin day 2 of OLYMPICS!

The breakout was unexpected as the campers went back to their bunks after the play on Saturday night. They were told to put away all of their clean laundry and SURPRISE!!!, when they opened their laundry bags, their Olympics shirt was sitting right at the top! “OLYMPICS!!!!!” everyone shouted as they ran to the field to group together as teams.
Navy: American Samoa, Red: Nepal, Orange: Sri Lanka, Yellow: Democratic Republic of Congo, White: Kuwait, Light Blue: Rwanda are the 6 countries represented. Captains, Jr. Captains and Head coaches were named after the initial lighting of the Olympic torch by our Triathlon winners from 2016, Matt Thomas and Justin Whitney.
On Day 1, the countries competed in 1st rounds of team basketball, bombardment, kickball, soccer and water polo. Day 1 evening the teams rotated through stations called Olympic Rings, that challenges the mind and team cooperation.
Today, Day 2, is the final rounds from yesterday’s sporting events as well as individual events at the lake, pool, tennis, adventure and more!
No scores yet but by tonight we will know the team to beat.

This entry was posted in Camp Events. Bookmark the permalink.