It is with great pleasure and excitement that we announce that Lake Owego alum, Jeff Freedman, affectionately known as “Freedo,” will be returning to his camping roots as co-director of Lake Owego Camp. In this full-time, year-round role, Jeff will be working closely with his co-directors Kyle Silver Waszczak and Johnny.  We look forward to Jeff’s experience, enthusiasm and leadership.

Jeff returns to LOC after 15 years as director of a private independent boys camp in New Hampshire. Prior to that, he served as an attorney for the NCAA. Jeff loves sports, and in his earlier life was a competitive tennis and basketball player. Jeff has a passion for camp and working with children. His motto at camp is “Carpe Diem”, meaning seize the day, since in his eyes there is no better place in the world than camp. Jeff lives in New Hampshire with his wife Cindy, who also works with children as a pediatric occupational therapist, their son Beau and two daughters Zoe and Chloe. Beau will be a new LOC camper, and we look forward to the girls joining us at Camp Timber Tops and Pine Forest Camp. 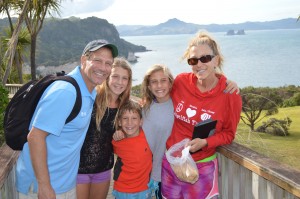 Please join us in welcoming Freedo (and Beau!) to LOC!